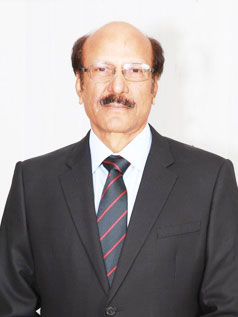 Mr. Pawar holds a degree in Bachelor of Engineering from Birla Institute of Technology & Science (BITS), Pilani, Rajasthan. He is the Chairman of Sakal Papers Pvt. Ltd. and the Director of various companies viz. Bharat Forge Ltd., Force Motors Ltd. Pune. He became Director of 'Sakal', a leading newspaper in the state of Maharashtra in 1985 and Managing Director in March 1986.

SAKAL under the leadership of Mr. Pawar, has achieved substantial growth and total modernization. He is also the Former President of The Mahratta Chamber of Commerce, Industries & Agriculture, Pune and also setup the International Convention Centre (ICC), under which MNCs like BMC software, Persistent, Siemens, etc. have set up offices in Pune. He has also been the First President of the Federation of Chambers and Associations all over Maharashtra and has been nominated on the press Council of India by UGC, a Senate of the University of Pune by the Governor of Maharashtra in 2000 and a Member of Governing Council of Maharashtra State Board of Technical Education (MSBTE) by the government of Maharashtra.

He has specialization in Marketing (Domestic & International) and Finance for techno-commercial projects. He has been awarded the Padma Shri, the highest Civilian Award of Government of India, conferred upon him in 2014 for his distinguished service in trade and industry. He is also the recipient of Punyabhushan Award of Punyabhushan Foundation at the hands of President of India, Shri. Pranab Mukherjee on June 26, 2015 for his immense contributions in making Pune a conspicuous place on map of the world.